Present as the guest of honour during the event was Yang Berhormat Datin Seri Setia Dr Hajah Romaizah binti Haji Mohd Salleh, the Minister of Education. Also present was Her Excellency Madam Yu Hong, Ambassador Extraordinary and Plenipotentiary of the People's Republic of China to Brunei Darussalam.

The event began with the recital of Surah Al-Fatihah and Doa Selamat, which was followed by opening remarks from Mr. Xu Ye, Deputy Chief Executive Officer (Deputy CEO) of Hengyi Industries.

During the signing ceremony, 34 students from UBD and 74 students from IBTE signed the scholarship programmes, with the guest of honour and the Deputy CEO of Hengyi Industries as the witness. To date, 161 students were awarded under UBD-ZJU Joint Scholarship Programme and 145 students under IBTE-LZU Joint Scholarship Programme. Currently, 127 students have successfully completed their studies and are now part of Hengyi Industries’ highly skilled engineers and operators.

Established in 2014, UBD ZJU Joint Scholarship Programme is a 4-year degree course in Chemical and Process Engineering where students will be spending 2 years of academic studies at UBD followed by 1.5 years of studies at ZJU and a 6 months internship at Hengyi Industries. Students under IBTE and LPUVT Joint Scholarship Programme, which was established in 2018, will be undergoing a 3-year programme in Refinery Operator where they will be spending a year of studies at IBTE Jefri Bolkiah Campus, a year of studies at LPUVT and a year of on-the-job-training with Hengyi Industries at Pulau Muara Besar. Upon graduation, students will be offered employment opportunities at Hengyi Industries.

The event then continued with the presentation of donation by the Deputy CEO of Hengyi Industries to Pengiran Datin Hajah Noraini Pengiran Dipa Negara Laila Diraja binti Pengiran Haji Abd Momin, Executive Trustee of Pusat Ehsan. The BND 50,000 donation will go to the development of Al-Ameerah Al-Hajjah Maryam School, the first school for children with special needs in Brunei Darussalam, which would accommodate and provide roughly 200 specialneeds individuals age ranges from 5 to 15 years old with quality education and co-curricular activities that emphasises on redefining the meaning of success.

The scholarship and donation are part of Hengyi Industries’ Corporate Social Responsibility (CSR) under the Hengyi Future-Ready Initiative and Hengyi Cares Initiative respectively, with the goal of nurturing the next generation of Bruneian youth by offering fully-funded scholarships to local talents that demonstrated exceptional academic achievement with an interest in working in the petrochemical industry, as well as providing accessible education to
individuals with special needs in the Sultanate. 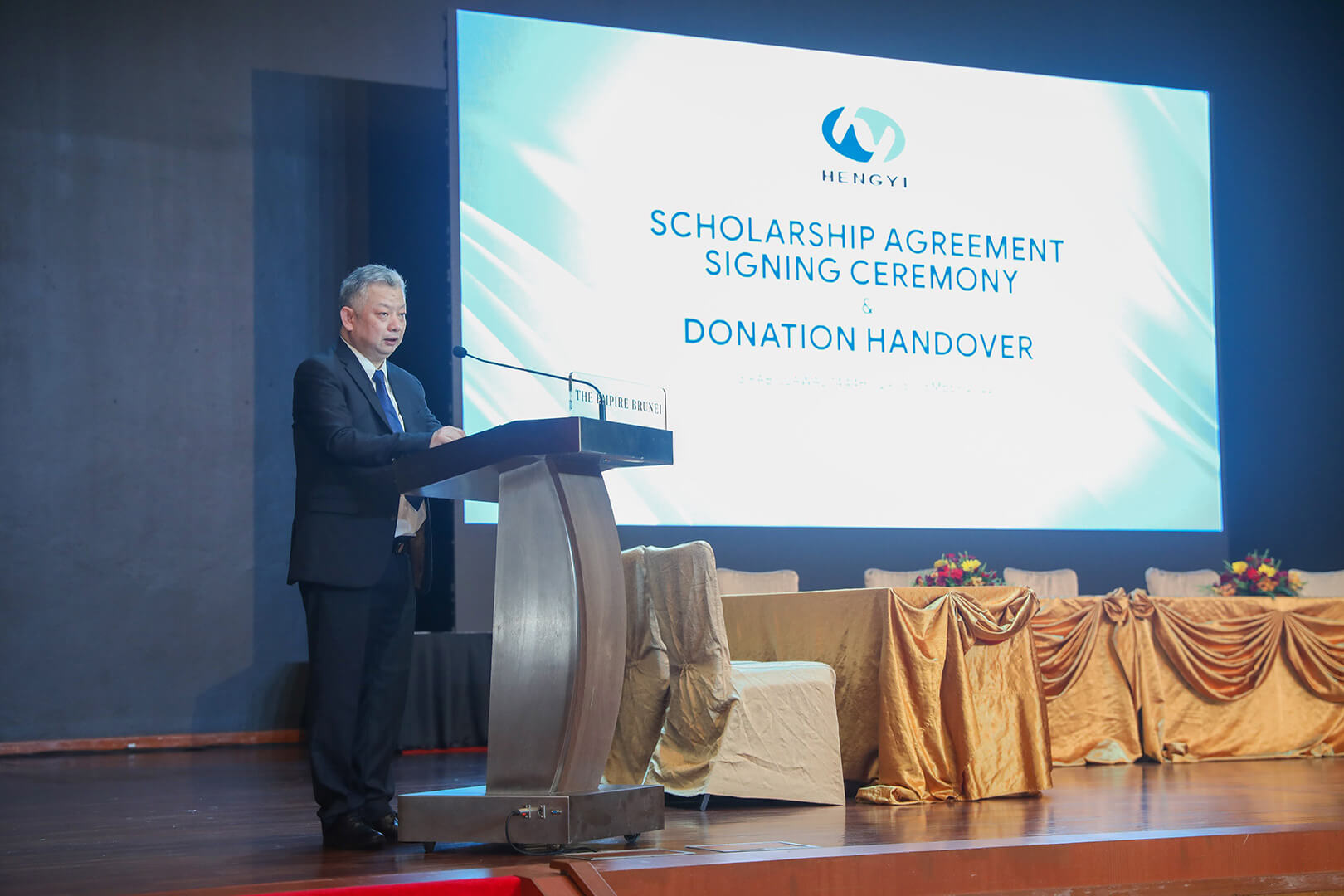 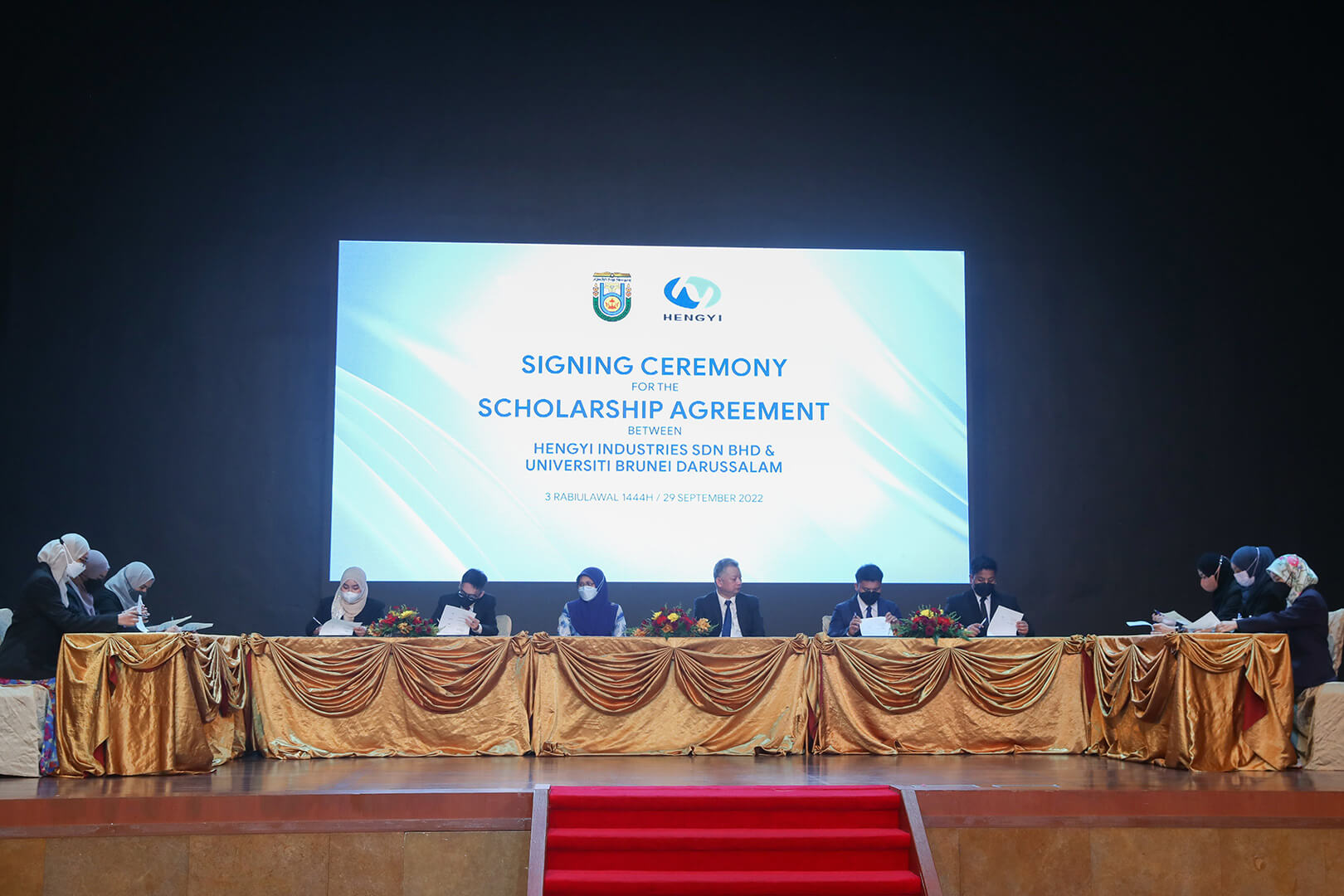 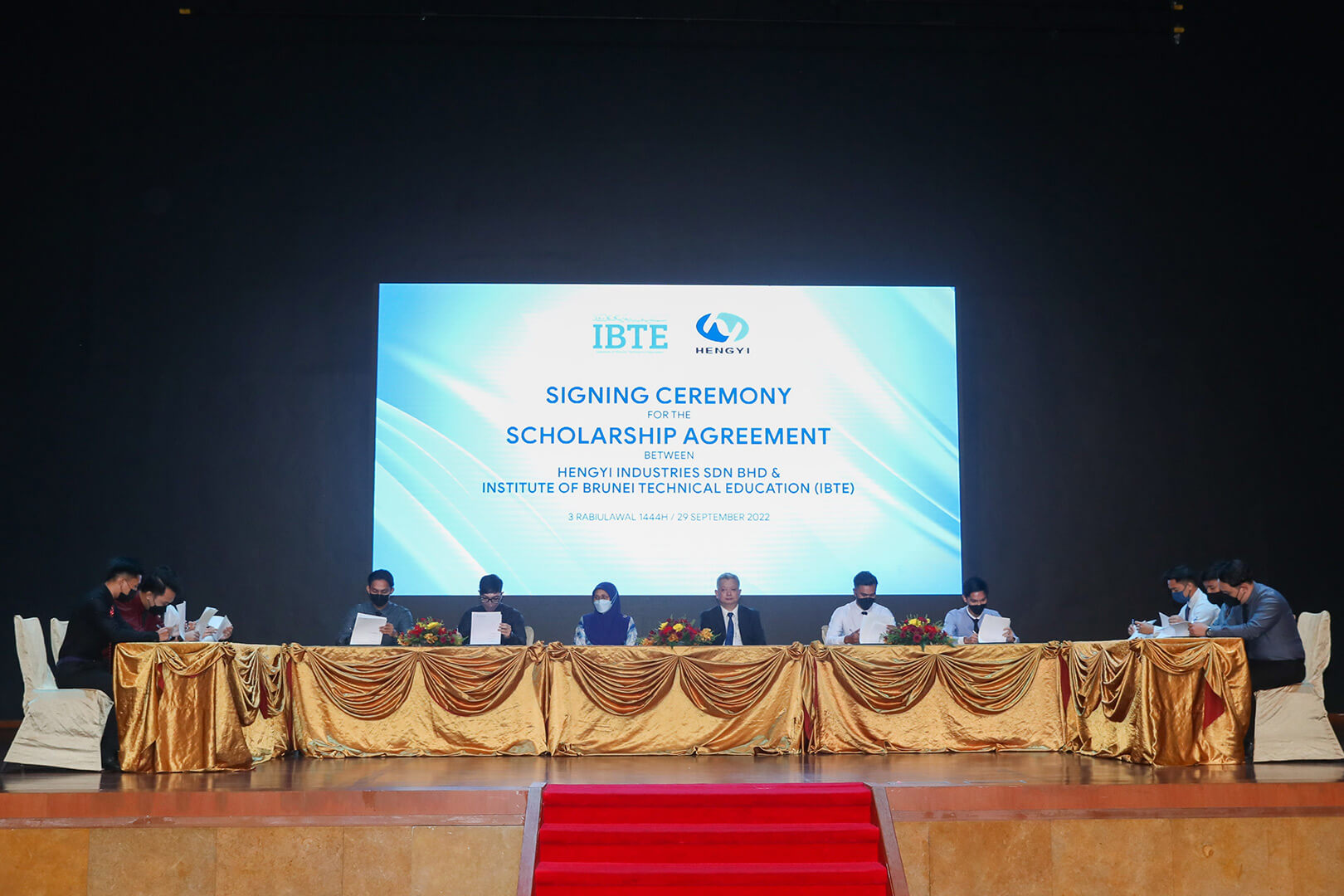 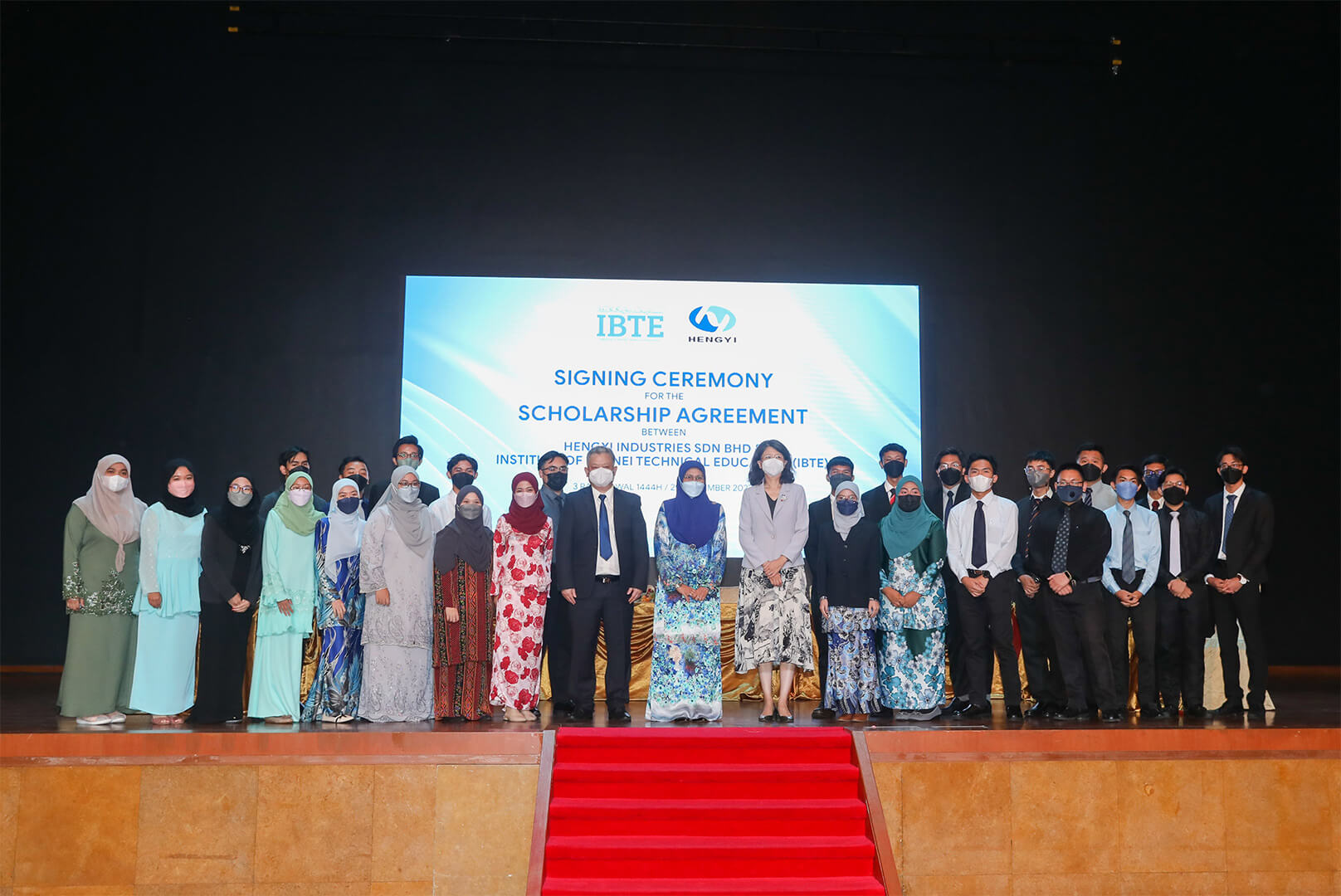 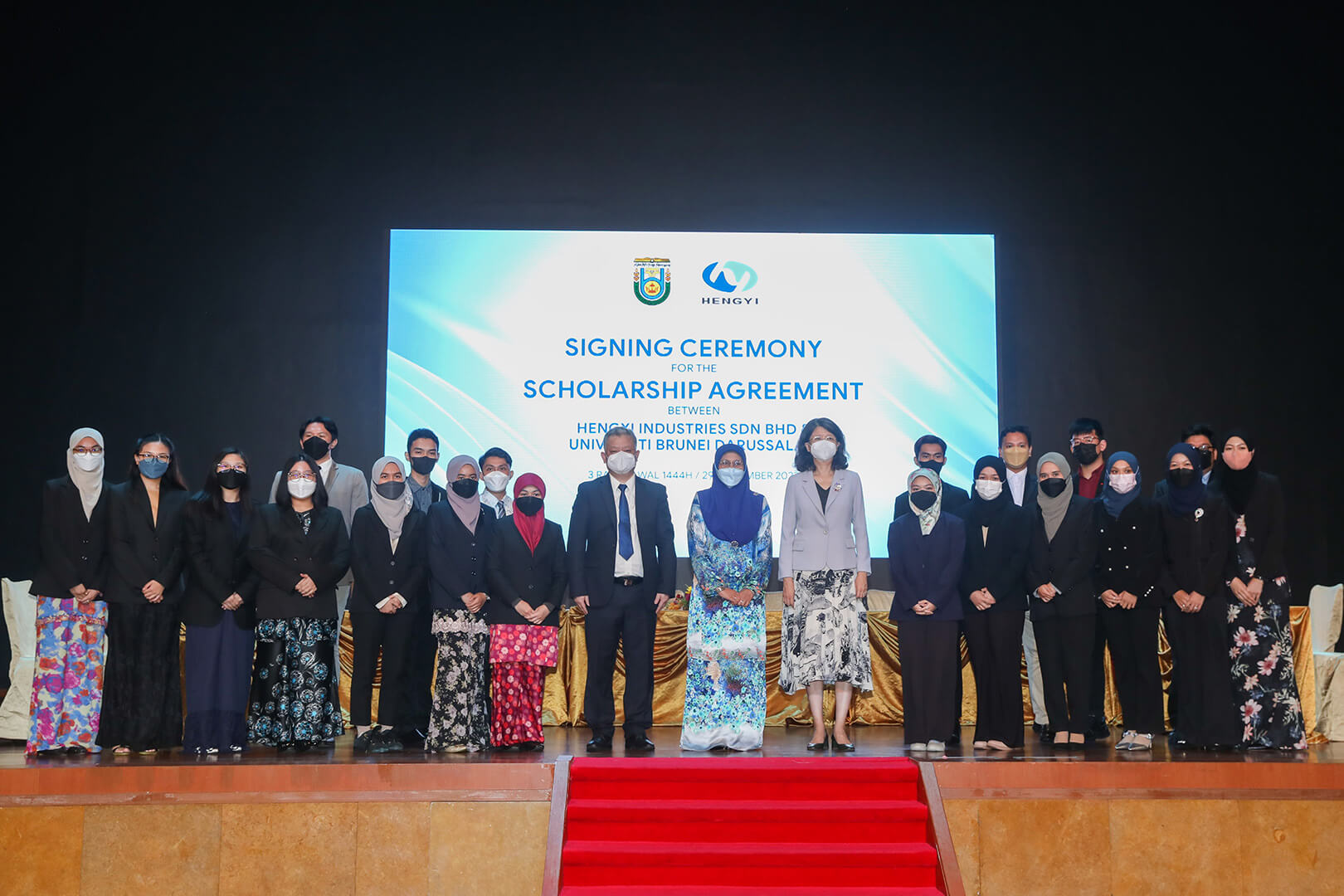 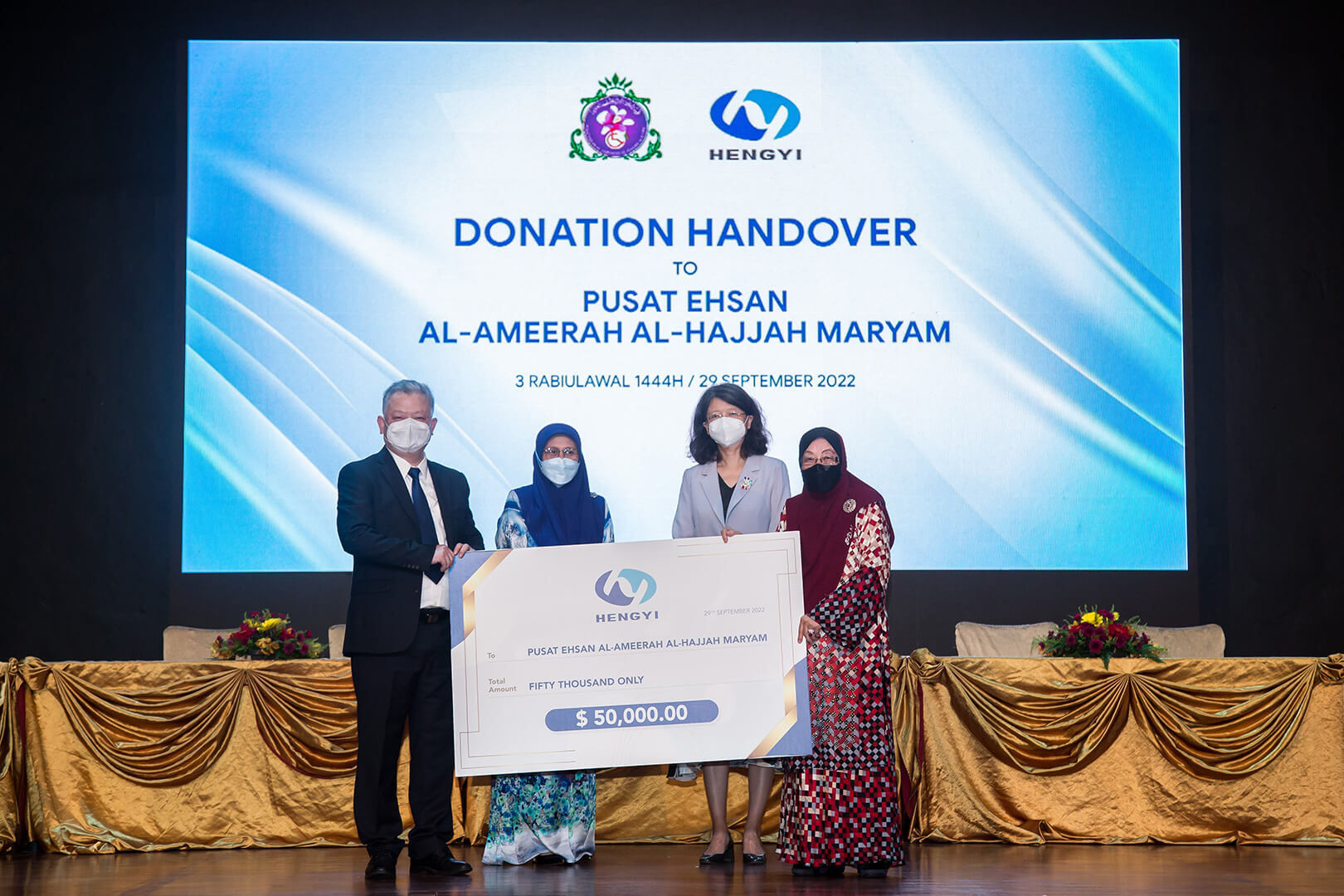