Pulau Muara Besar, 13 January 2021 – Hengyi Industries Sdn. Bhd. (Hengyi) with the collaboration of National Disaster Management Centre (NDMC) organised a Tier 3 Emergency Response Tabletop Exercise (TTX) at Pulau Muara Besar Industrial Park (PMB). The aim of the exercise is to test the readiness and the response plan of Hengyi as well as various government, non-government, and private sector agencies in managing a major incident and evacuation in PMB to minimise risks and avoid casualties.

The TTX simulated a gas leak from a pipe connected to to Deheptanizer Feed - Parex Feed in the Aromatics Complex Unit. In the exercise, Hengyi’s Emergency Response Team and Emergency Coordination Team were activated as the first line of responders to carry out the evacuation. A total of 95 personnel from 19 agencies were involved in the exercise, which commenced at 9 AM and ended at 11 AM.

Also present to observe and evaluate the exercise were the Ministry of Energy; Safety, Health and Environment National Authority (SHENA); and Petroleum Authority of Brunei Darussalam. 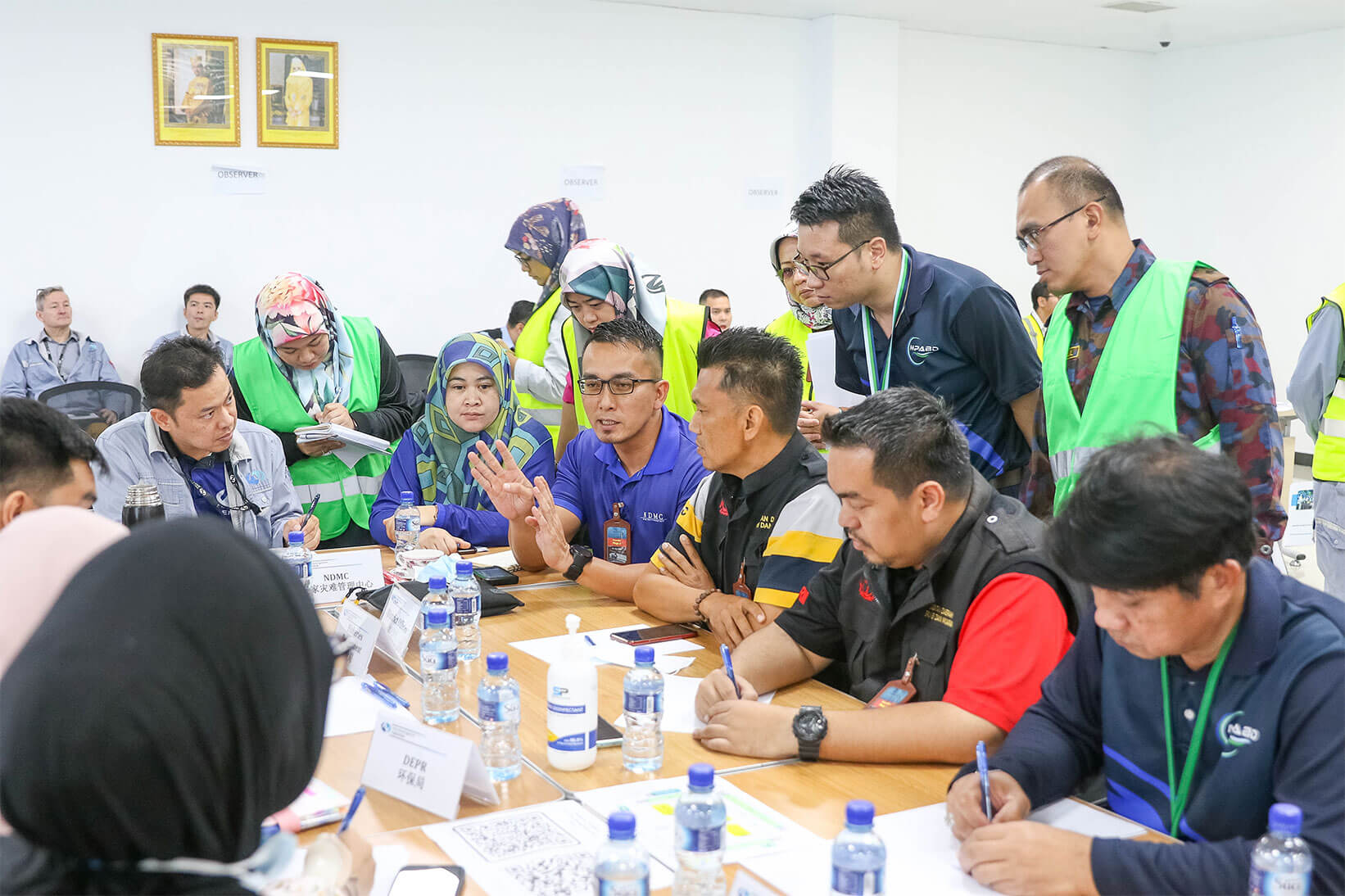 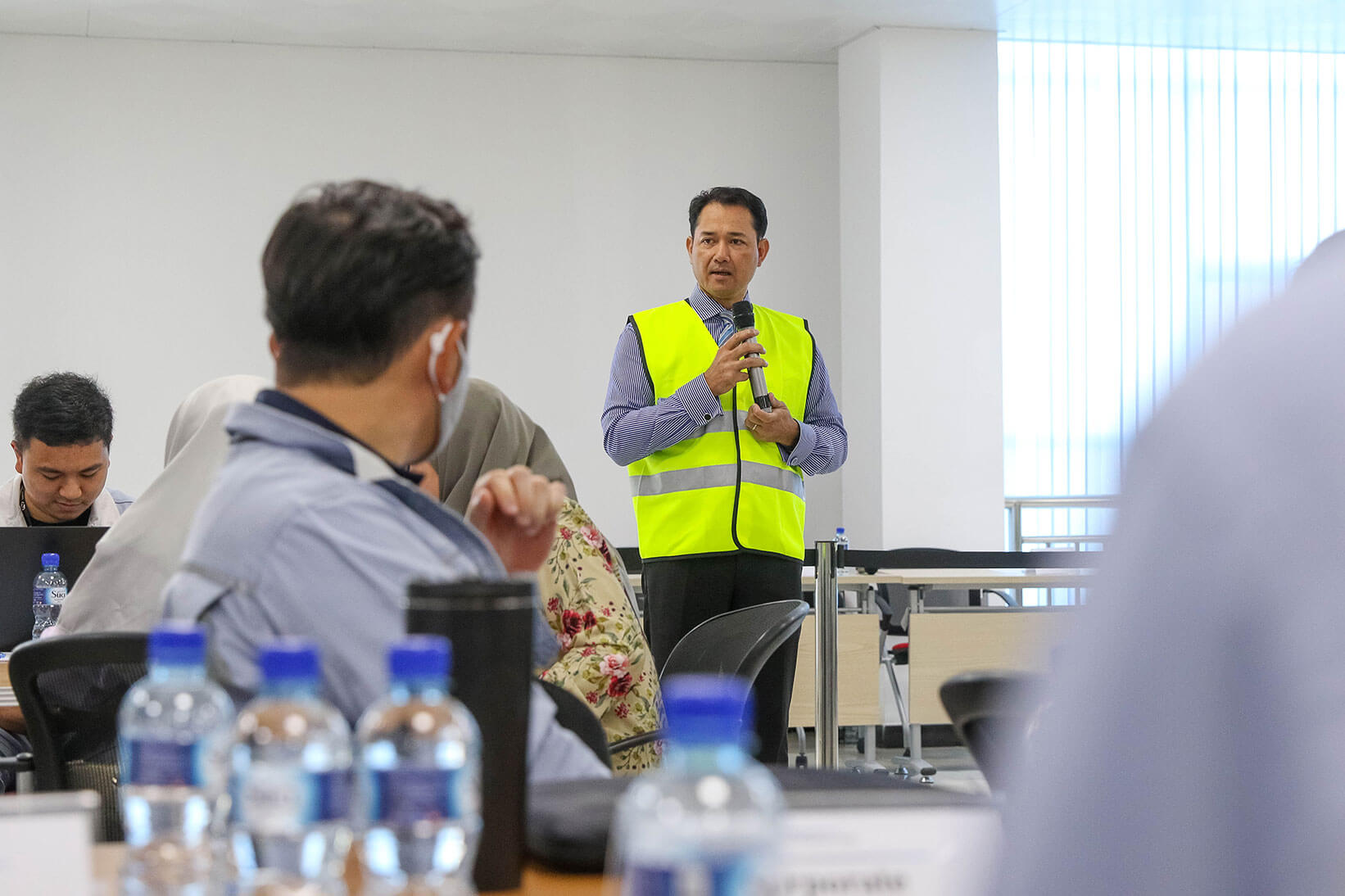 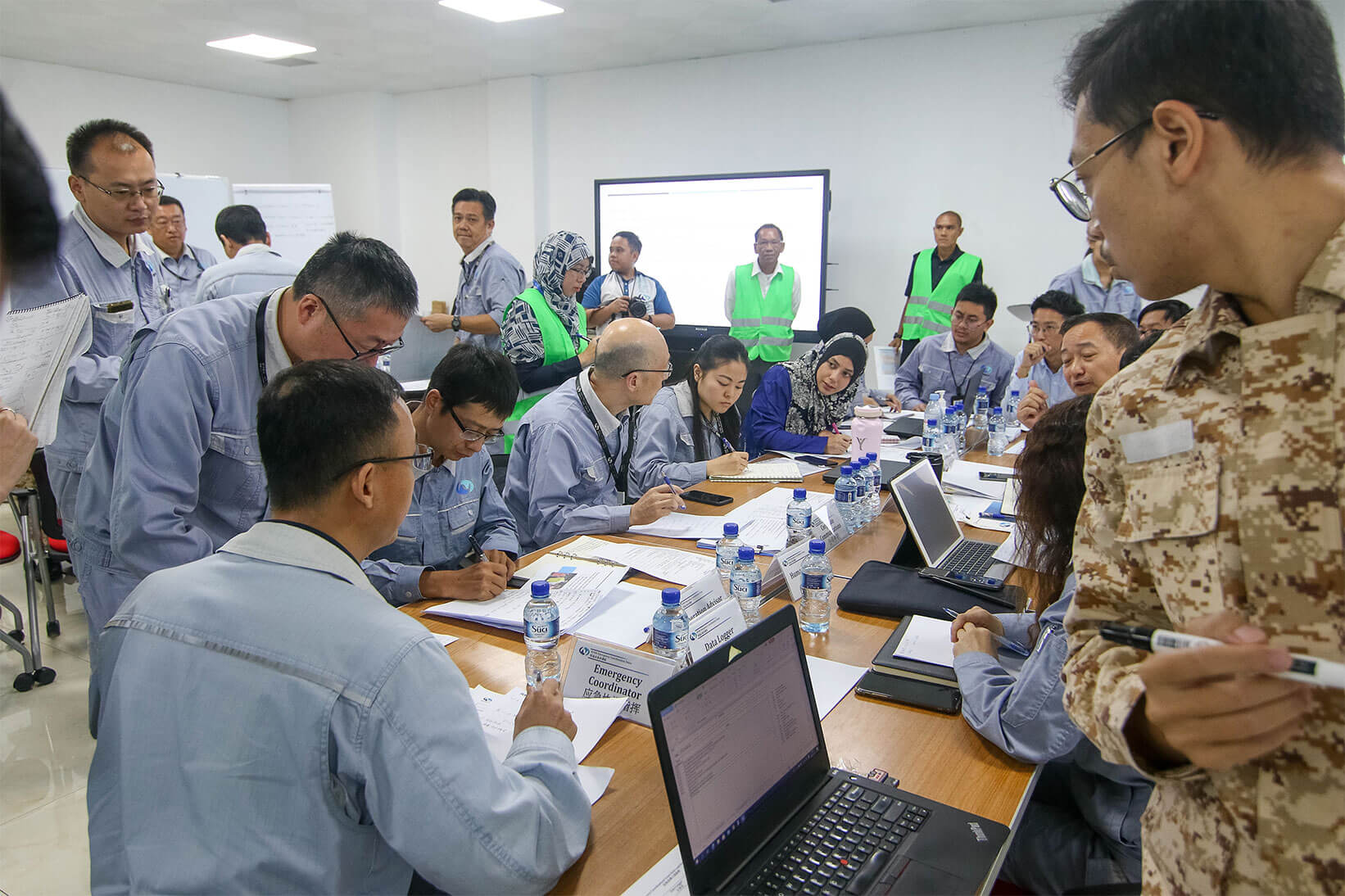 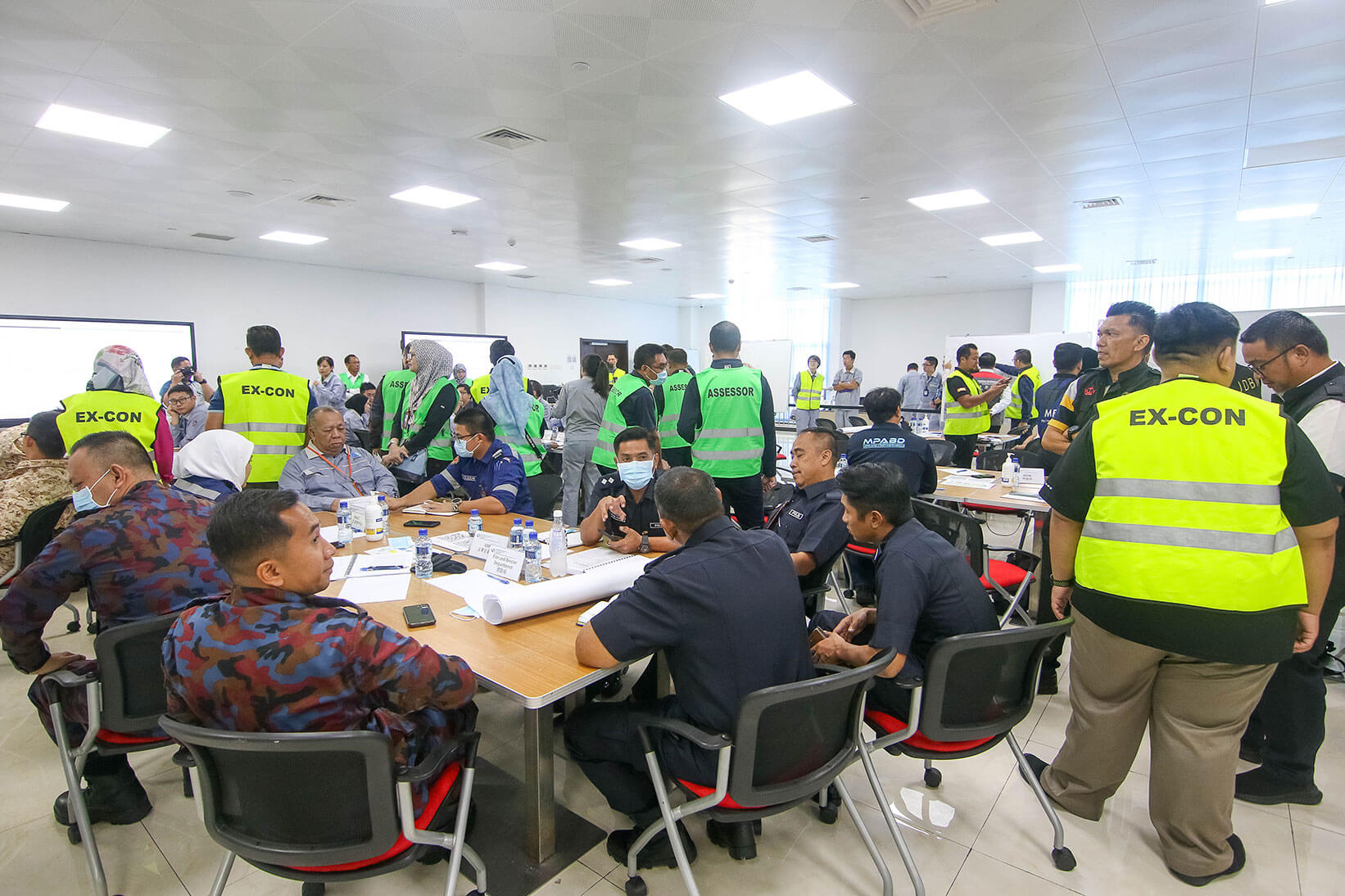