The signing event took place at Hengyi Industries Sdn Bhd, The Empire Hotel and Country Club and was witnessed by the Guest of Honour, Yang Mulia Dr. Haji Azman bin Ahmad, Permanent Secretary (Higher Education) at The Ministry of Education. Mr Chen Lian Cai, Chief Executive Officer of Hengyi Industries Sdn Bhd, was also present to give his welcoming remarks. The event successfully concluded with a speech by Iffah Haziqah binti Pg Mohamad, a representative from the 4th Batch Hengyi Scholars, then followed by a video presentation. 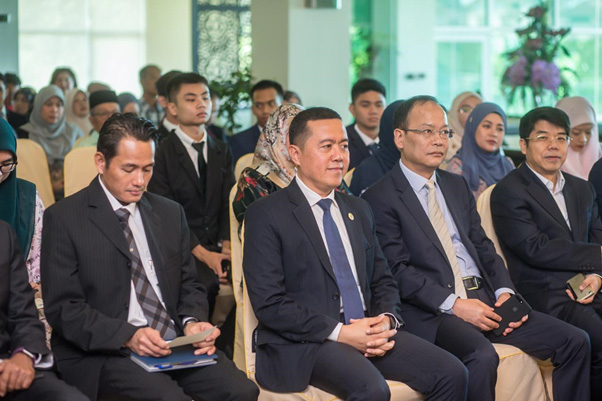 Hengyi Industries established a joint Chemical & Process Engineering Scholarship Programme with UBD and Zhejiang University to sponsor the students to undertake the later part of their academic studies and industrial training at Zhejiang University for a period of one and a half years. Subsequently, the scholars will gain valuable first-hand experience of working in a real life production plant by undergoing six months of internship at Hengyi’s petrochemical sites in China. Upon completion of the programme, the 12 scholars will be offered a position at Hengyi Industries. Currently, Hengyi Industries has 68 scholars from Batch 1 to 5. 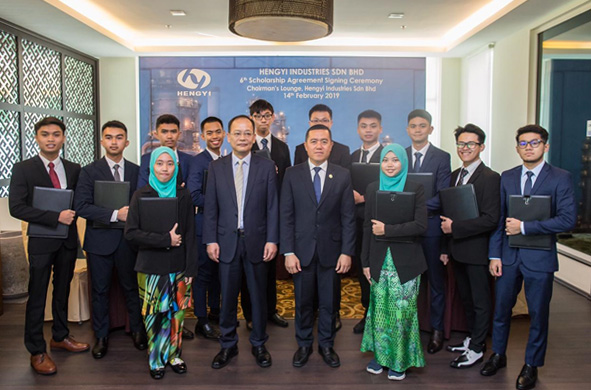