Muara Recreational Beach, 3 March 2021 – Hengyi Industries Sdn. Bhd. (Hengyi) launched the Clean Beach Initiative and organised a beach clean-up activity at Muara Recreational Beach as part of Hengyi’s long-term Corporate Social Responsibility’s (CSR) commitment to contribute and implement awareness on the importance of recycling and beach cleanliness in preserving the beauty and grandeur of the beaches in Brunei towards a sustainable future.

As part of the initiative, Hengyi installed two (2) signages and six (6) recycle bins at Muara Recreational Beach and two (2) recycle bins at Serasa Beach as a reminder to the public to help keep the beach clean and to adopt a greener lifestyle. Hengyi will also be engaging a third-party cleaning company to ensure that the recycle bins are maintained and cleaned out regularly. The trash collected will be sent to a recycling facility to be processed and recycled.

During the event, Mr. Xu Ye, the Deputy General Manager of Hengyi Industries handed over the recycle bins and signages to the guest of honour Dayang Martinah Binti Haji Tamit, Acting Director of the Department of Environment, Parks and Recreation (JASTRe).

After the handover ceremony, Hengyi collaborated with Green Brunei and organised a beach clean-up activity where over one hundred (100) Hengyi’s staff and volunteers cleaned up litters and debris at Muara Recreational Beach.

Beach pollution is an environmental threat to both humans and wildlife. Plastic litters on the beach often end up in the ocean where marine animals can become entangled or mistake it for food, causing them to choke or starve. The plastic litters are also hazardous to humans, causing potential injuries or illness to beachgoers.

The Clean Beach initiative is created by Hengyi to help in the effort to tackle beach pollution and reduce the number of plastic litters entering the oceans. Through the initiative, Hengyi commits to keeping the beaches in Brunei clean with regular maintenance of the recycle bins and to motivate the public to adopt a greener lifestyle in their daily lives through more beach clean-ups in the future. 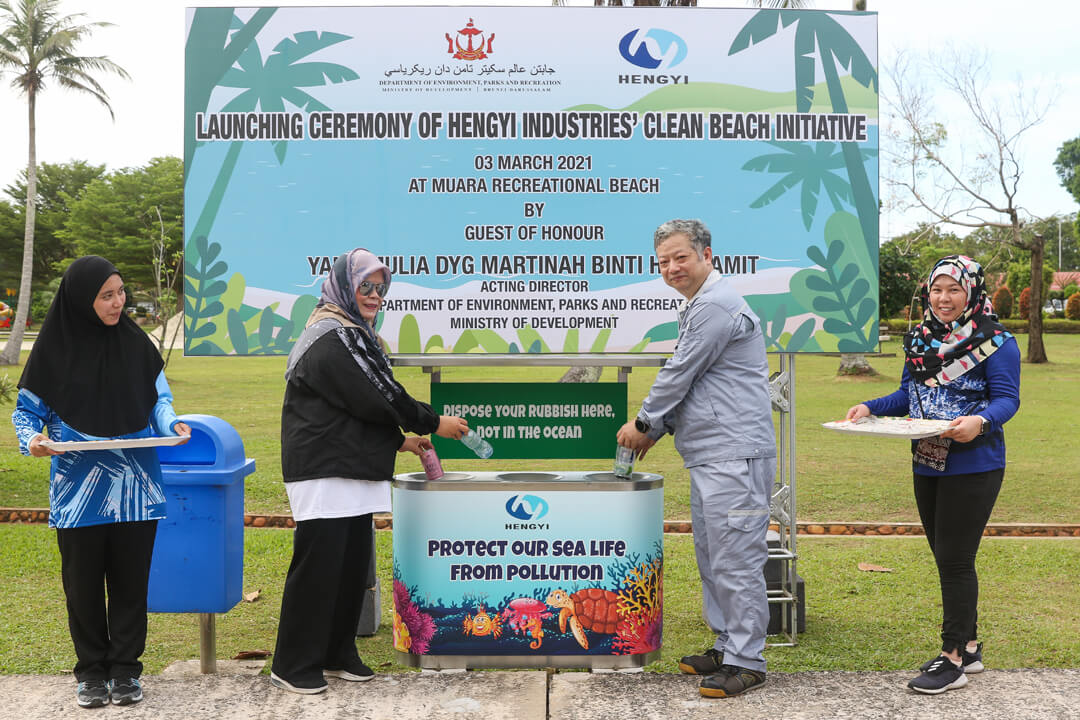 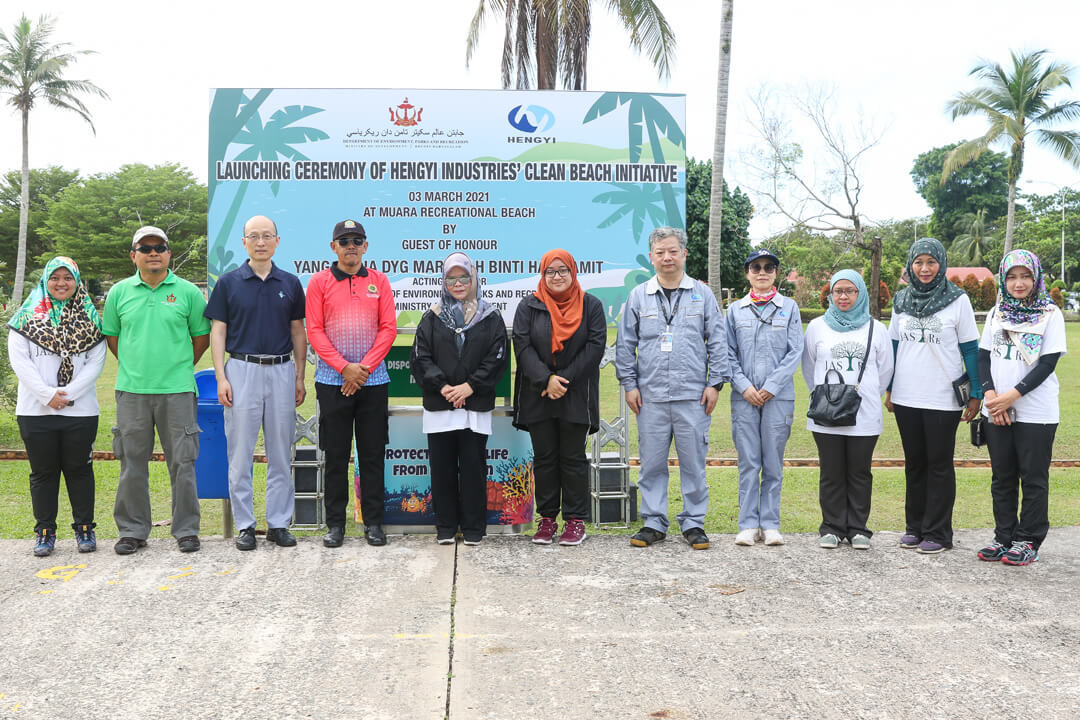 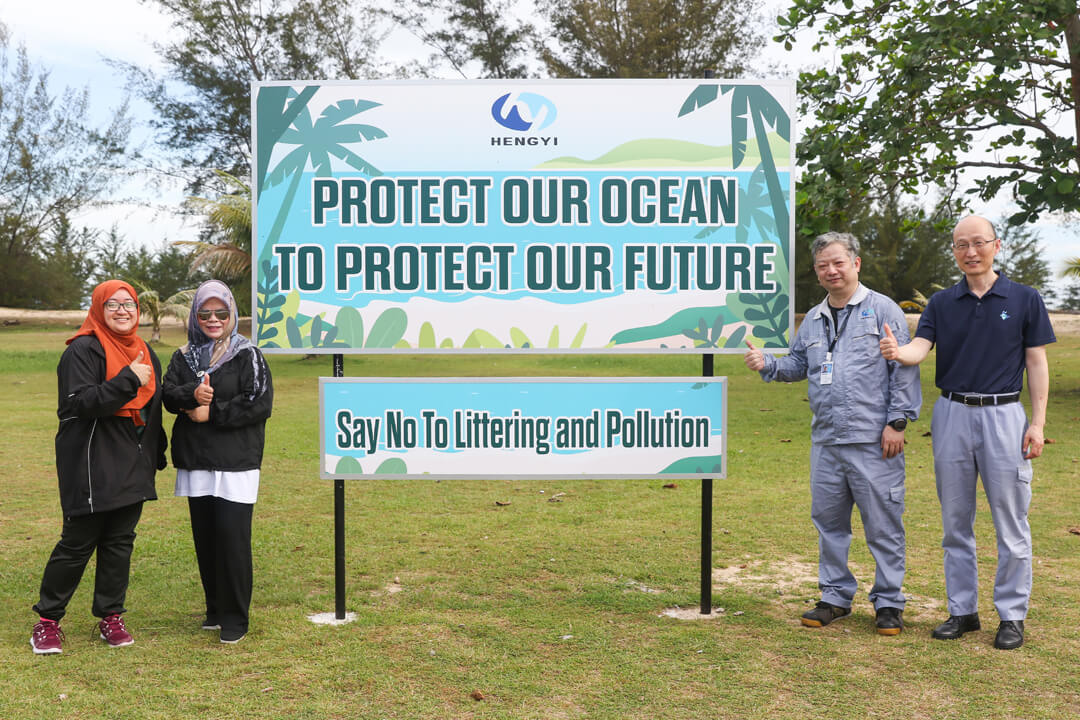 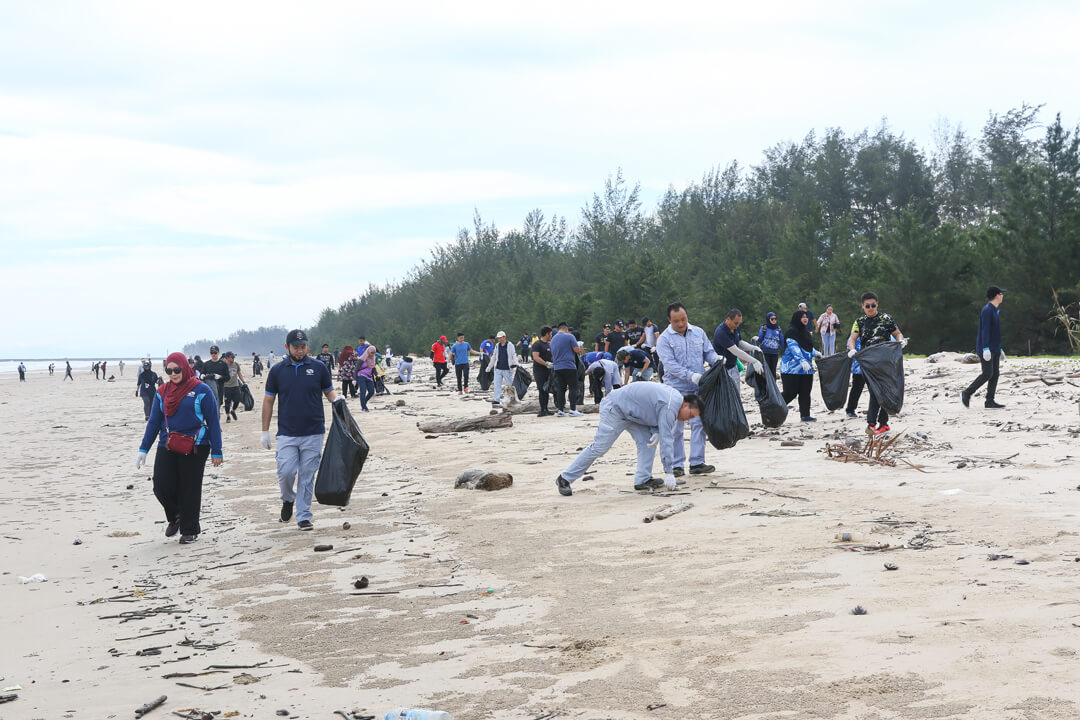 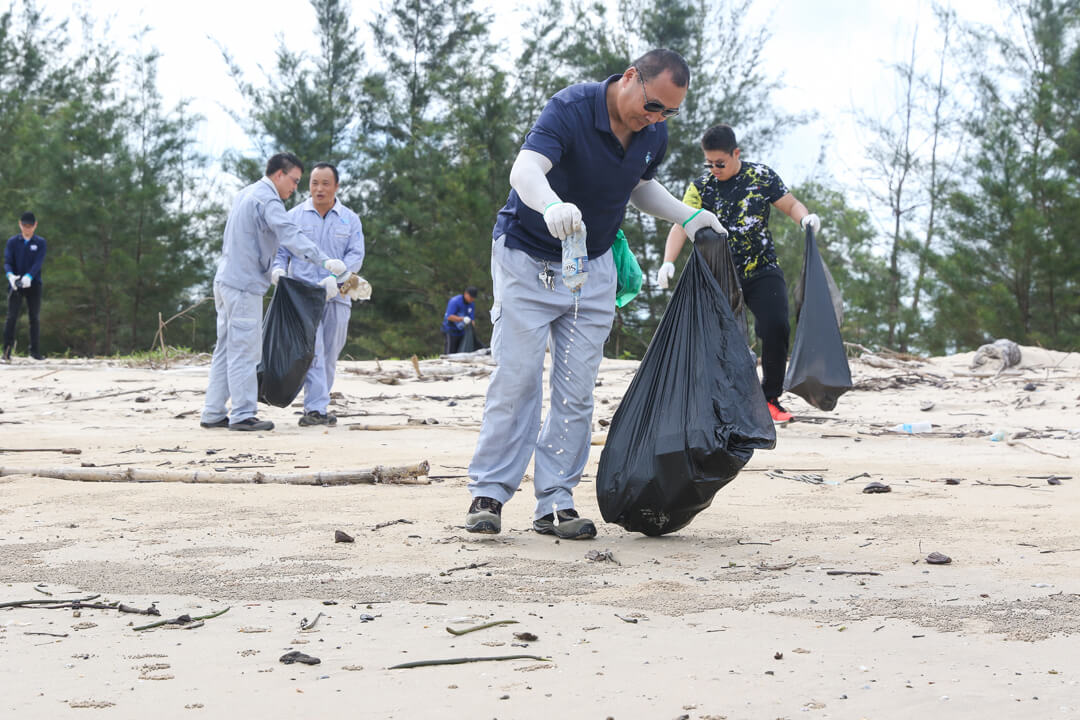 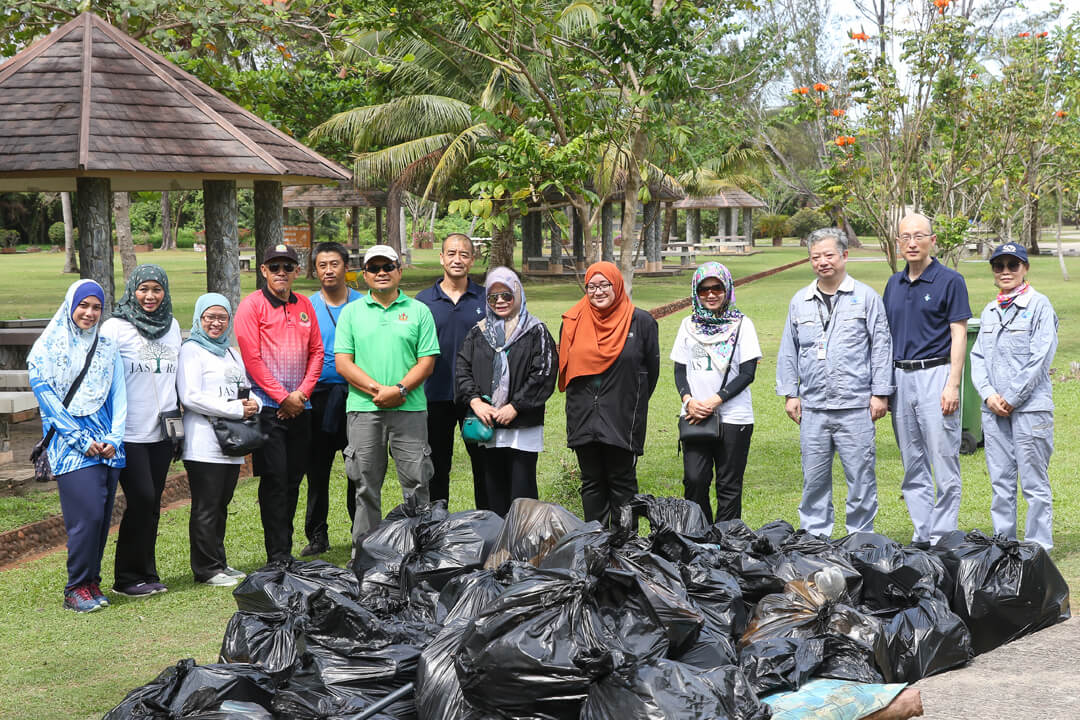