A partnership between Damai Holdings Limited and Hengyi, the project will muster in huge investments to a tune of approximately USD4 billion, and will support around 800 jobs with spin-off opportunities in employment and businesses.  The project site will occupy an area of approximately 260 hectares on PMB.  Currently Hengyi is in the process of constructing seven jetties on the island and these should be completed by end 2017.

On hand to brief the delegation was Mr John Foo Jee Kam, Director of HSE for Hengyi’s PMB Project. Also present during the visit were senior management members from Hengyi Industries. The delegation was taken on a short tour of the island and briefed on the progress of the project by Hengyi’s officials.

The site visit concluded with a group photograph of the delegation with Hengyi’s senior management team on the island. 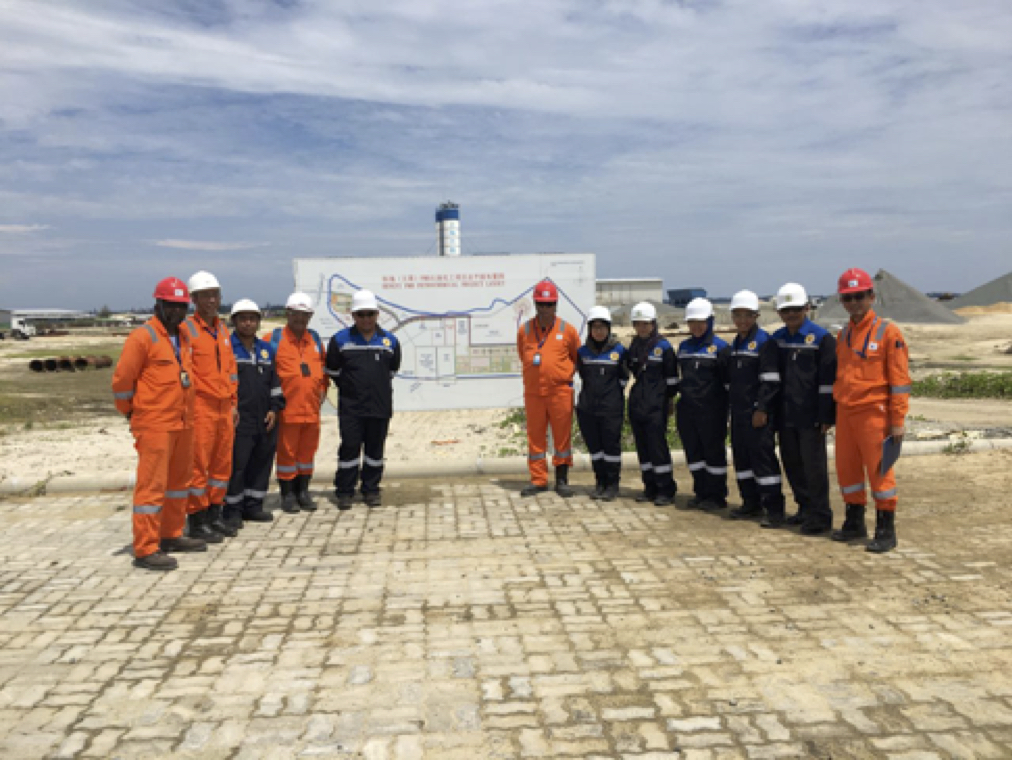