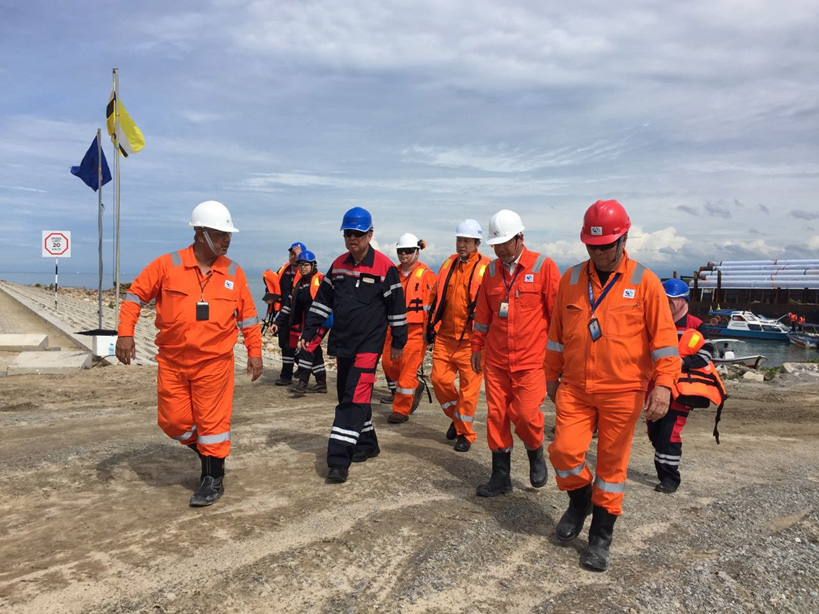 The delegation was briefed on the HSE Management of the site by John Foo. They were later briefed on the progress and development of the project specifically on the jetties construction by Ken Chen. The delegation was later taken on a short tour of the jetties construction site where they witnessed the steel piling and concrete bore hole piling activities.

The Minister expressed him satisfaction on the progress of the project to date.  He reiterated the need for Hengyi to prioritise local employment and local businesses where possible as per the LBD Directives and to support Brunei in the current economic downturn. 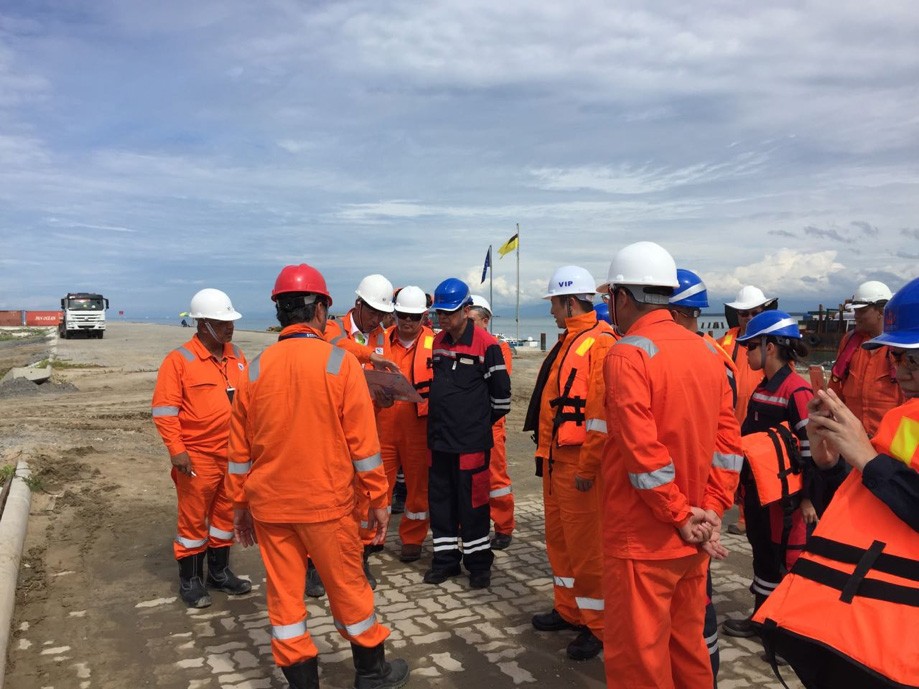 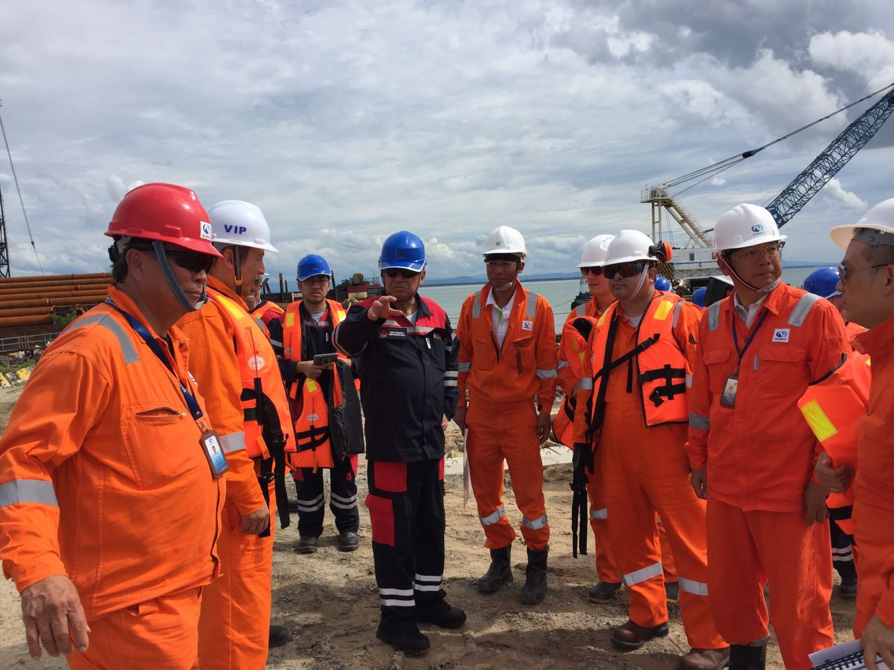