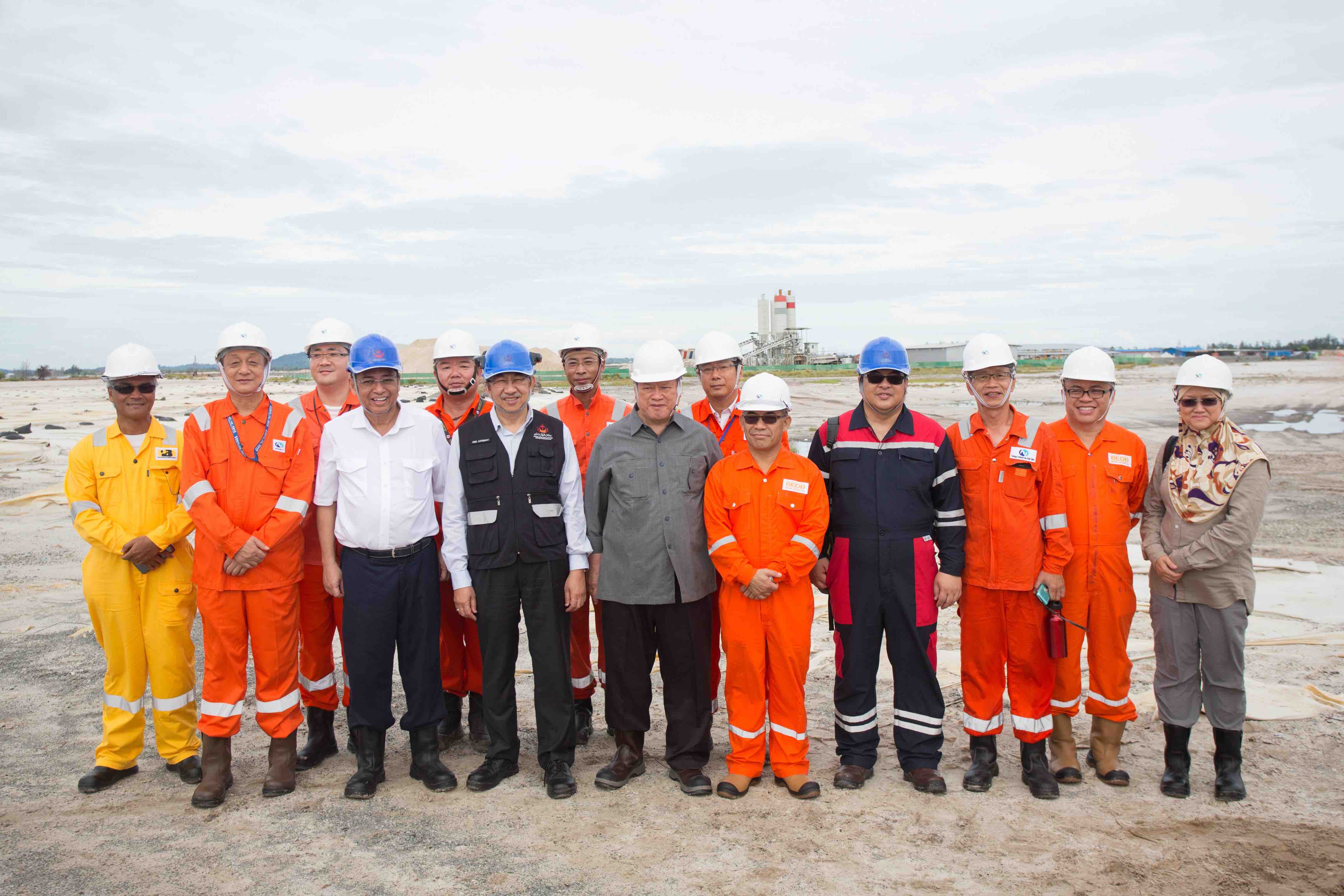 A partnership between Damai Holdings Limited and Hengyi, the project is worth more than USD4 billion and will support around 800 direct jobs. Majority of the local workforce working in Hengyi will be Bruneians trained through the Energy Industry Competency Framework (EICF) whom will be certified and possess relevant competencies required to perform jobs and roles in the industry. Hengyi has also sponsored UBD students whom have completed their second year program at UBD to undertake the later part of their studies and industrial training at Zhejiang University in the Bachelor of Engineering programme in Chemical and Process. A subtle amount of the expenditure associated with the development of this project will be spent with Brunei registered companies.

The project site will occupy an area of approximately 260 hectares on PMB. Currently the main focus is dredging, backfilling and reclamation activities in and around the island in preparation for the construction phase. Once complete, the refinery is expected to produce eight million tons of by-products per year including Aromatics, Gasoline & Diesel, providing enough fuel requirements to meet local demand.

Also present during the site visit was the Deputy Minister, at the Prime Minister’s Office and Chairman of the BEDB, Yang Mulia Dato Paduka Hj Ali bin Apong, Permanent Secretaries and Deputy Permanent Secretaries from the Prime Minister’s Office, Ministry of Finance and Ministry of Industry and Primary Resources. The entourage was briefed on the progress of the project and taken on a site tour of the island by Hengyi’s senior officials.

Hengyi’s PMB project benefits from access to Brunei’s many investment incentives provided to foreign investors, including a preferential tax and a stable environment for foreign companies to plan and invest with confidence.